Cementation is a heterogeneous process in which ions are reduced to zero valence at a solid metallic interface. It is an oxydo-reduction reaction which functions as an ion-exchange, dissolving the sacrificial metal, while cementing the ionic mineral, which thus takes a metallic form by way of a metallic powder.

The physical reaction of cementation taking copper as the reductory metal and iron as the sacrificial metal is: Cu2+ + Fe → Cu + Fe2+

Cementation was a historically useful process for the production of copper, where the precipitated solid copper metal was recovered as flakes or powder on the surface of scrap iron, while this process for primary hydro-metallurgy has been replaced by electro-wining, cementation is still widely used industrially to recover a variety of heavy metals and the cementation of gold by zinc in the Merrill-Crowe process which accounts for a substantial fraction of world gold production.

Cleanmetals thanks to a large exposure to various metals and various kinds of metallurgical waste where cementation can be used, is very probably the most experienced company in the world on the cementation process. 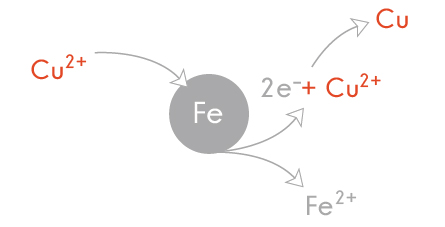 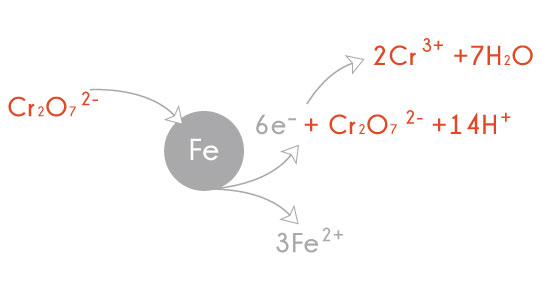